I spent a long day Friday trying to finish a commission that seemed very simple at first, painting a peach to go with a painting I had sold a few years ago of a pear.  The friend of the groom in an upcoming wedding wanted this as a wedding present and I agreed to do my best.  The pear took me almost no time, but the peach!  An entirely different proposition.  Making sure it doesn’t look like an apple is just one difficulty. Here are some attempts, but I’m still trying for one that has the transparency and simplicity of the original pear. 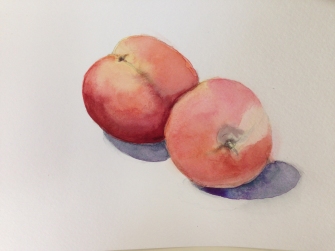 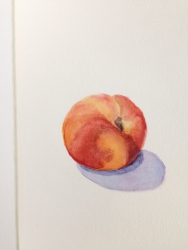 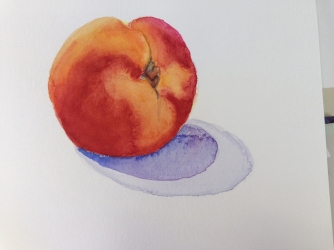 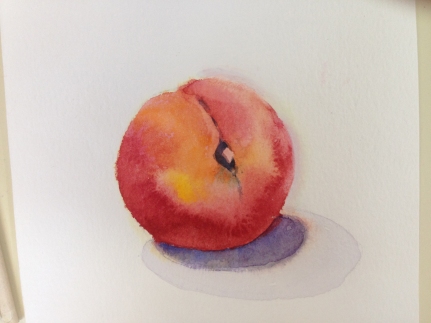 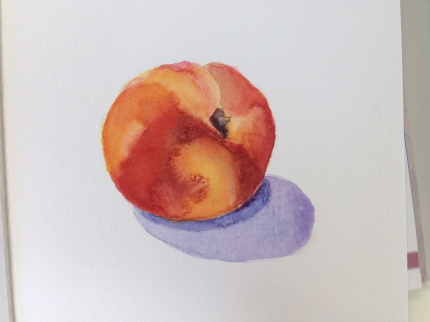 After struggling for a while and needing a respite,  I pulled out this painting, which you may recall, and played with it.  The first version I seem not to have taken a photo of, but it was a still life done from a class set up, fairly traditional. I didn’t care for it, and tried to make it more abstract, but got carried away with the  shapes and colors: 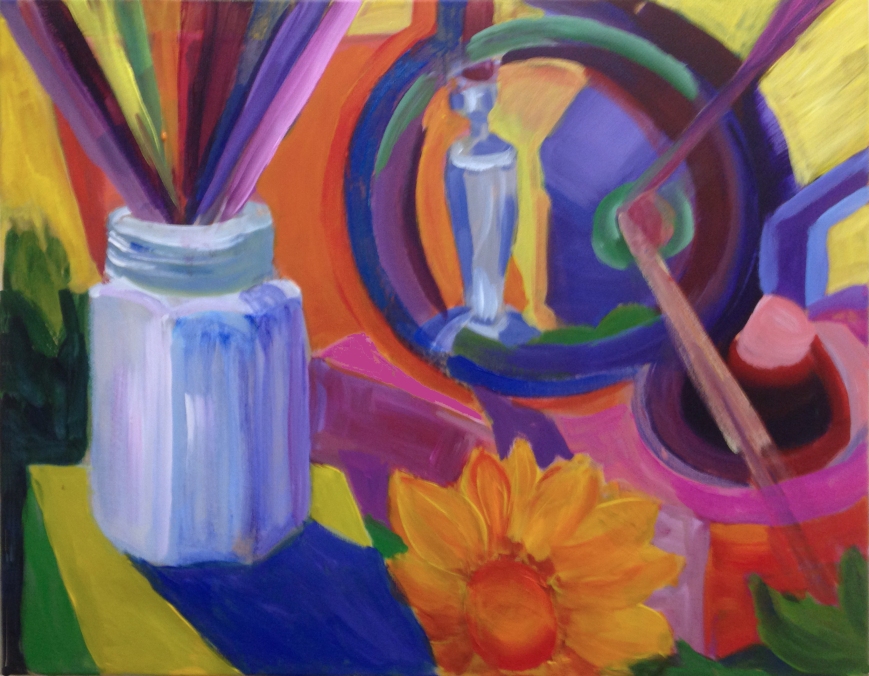 Some people loved it, others were made anxious by the chaotic forms and incoherence.  So here is the current iteration—a cat, (or perhaps a bowling ball with a head?), on a box. This one I like. 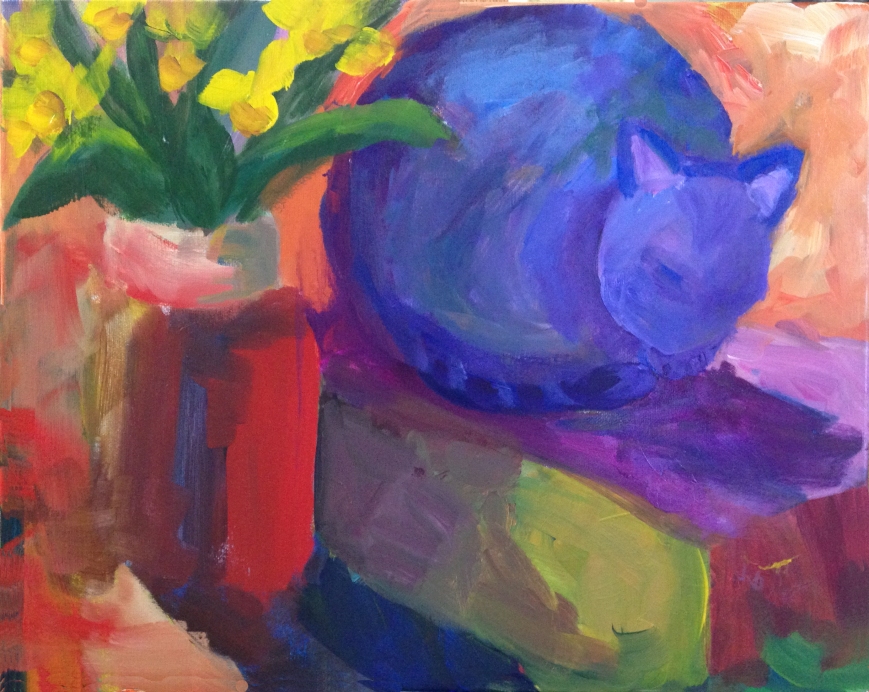